10 Ways to Get Cheap Vacation Deals and Save on Travel

It’s official: Americans have the travel bug. According to the U.S. Travel Association (USTA), Americans logged 1.7 billion “person trips” for the primary purpose of leisure in 2014. The USTA defines a person trip as “one person on a trip away from home overnight in paid accommodations, or on a day or overnight trip to places 50 miles or more [one way] away from home.” That works out to 5.33 leisure-focused trips for every single man, woman, cash-strapped college student, sulky teenager, wiggly child, and brand new baby in the country.

With the recession still fresh in the country’s minds – and still lingering in the balance sheets of many people’s bank accounts – that seems like an awful lot of fun getaways for the average family to be able to afford. And yet, Americans are going places anyway. 1.7 billion places, to be exact.

The lesson here is that you don’t need to be rolling in disposable income to be able to take a breather somewhere outside your zip code. You simply need to know how to score some travel deals to make your trip less stressful on the wallet.

1. Be Flexible on Dates

After a long winter, spring break tempts millions away from their homes in favor of sunny destinations and fruity drinks with umbrellas in them. Unfortunately, that mass exodus creates demand that drives up both flight and hotel prices. Even if you’re staying within the continental United States, expect to share a plane with spring breakers on the first leg of their international trips – and expect to pay accordingly.

According to USA Today, there are two “dead zones” for travel within the U.S. These are times of the year when few people travel, flights are less in demand, and hotels are hurting for business.

Be aware that hotel proprietors in warm destinations still might consider this window to be “peak season” since it’s during colder months for much of the country – but during these times, it’s worth contacting them to ask for a discount if they’re under-booked.

Visiting a location during the off-season is often cheaper and comes with fewer crowds. However, it may also come with downsides, including a lack of amenities (due to shops, restaurants, and other hospitality services closing down) and poorer weather.

It’s a good idea to identify where you want to go – or, at least, have a short list – and determine the peak season for each location. For example, If you’re headed to Europe, any time during the winter months (November through March, with the exception of Christmas) will be cheaper than summer.

If you want to go to Mexico or the Caribbean, the opposite is true. Summer is much slower – since few people want to escape the heat by going somewhere even hotter – so if you’re willing to sit in the shade, you can save a few bucks.

Keep in mind that some hotels in the Caribbean don’t greatly lower their prices during off-peak times – often, it’s around 20% off peak-season prices – but you can always try to negotiate. And while direct flights to warm destinations might be somewhat cheaper (10% to 20%) during summer, summer is, overall, more expensive for flights than winter.

If you’re not sure where or when you want to travel, you can use Skyscanner to search for the cheapest month to fly from your chosen departure city. Unlike many other travel websites, Skyscanner doesn’t immediately require you to enter a destination or specific time-frame for your trip.

Days of the Week 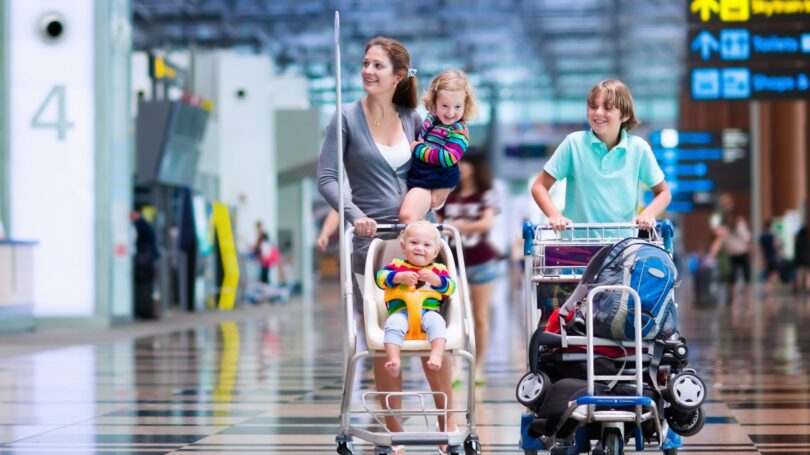 2. Be Flexible on Destination